"The Dahlonega Gold Museum, one of Georgia’s oldest standing courthouse buildings, is a sentinel reminder of the spirit of America’s first major gold rush, a guardian of the region’s rich cultural legacy and is a symbolic heart for a historic community."

Twenty years before the 1849 gold rush in California, thousands of prospectors flocked into the Cherokee Nation in north Georgia, marking the true beginning of our country’s first gold rush. Dahlonega thrived and a U.S. Branch Mint opened in 1838, coining more than $6 million in gold before closing in 1861. Today, visitors can see a complete set of these rare coins, a nugget weighing more than five ounces, a large hydraulic cannon and nozzle used to blast soil from mountainsides, film and gift shop. They’ll even learn the true story behind "There's gold in them thar hills!"

The museum is housed inside the 1836 Lumpkin County Courthouse, one of the oldest courthouse buildings in Georgia. Visitors can also explore the courthouse features, including beautiful wooden chapel seats from 1889 and the judge’s chambers. The town of Dahlonega is a popular destination for gold panning, shopping and sightseeing. National Register of Historic Places guidelines prevent the addition of an elevator to the courthouse building, so some exhibits on the second floor are not wheelchair accessible. 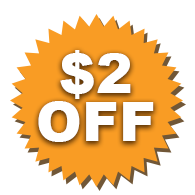